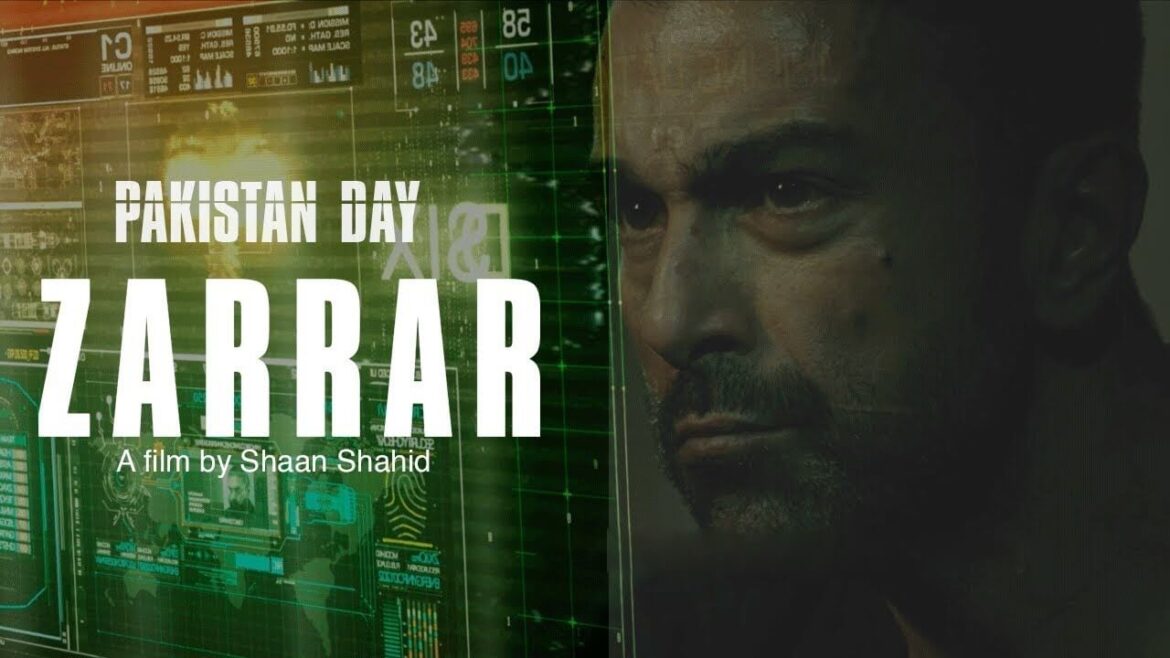 Lollywood’s latest release, Zarrar, has had a solid opening weekend at the domestic box office. The film brought in 1.33 Crores on its opening day, followed by 1.56 Crores on Saturday and 0.81 Crores on Sunday. So far, Zarrar has collected 6.2 Crores worldwide. This is an imposing figure, especially considering the movie’s relatively small budget.
`
The movie has had a mixed reception at the overseas box office. The film collected 0.81 Crores on its opening day, but this figure dropped to 0.52 Crores on its third day. However, the movie did see a slight increase on its second day, with collections of 1.17 Crores.

Zarrar is a spy action-thriller that has been receiving positive word-of-mouth from audiences. The film stars Pakistani heartthrob Shaan Shahid in the lead role and has been directed by Shaan Shahid too.

Chiranjeevi has once again demonstrated that he is worthy of his title as the evergreen monarch who can bring people of all ages to the theatre. As is customary, the South Indian film industry is going to thrive. The amounts collected are progressing admirably. Read the whole article and learn everything there is to know about the Godfather day two collection.

The Godfather movie has <strong>collected 21 Crore on its 2nd day 1st day of release, the movie collected 22 Crore INR. In this way, its 2-day box office collection is around 43 Crore INR. After a record-breaking opening performance, the collections are expected to grow on Saturday and Sunday.

The movie’s booking turnaround was huge but could not cross the double-digit mark. The film is also available online as Netflix acquired its rights for 57 Crore INR.

However, Chiranjeevi’s Acharya movie collected more than 37 Crore on its day1. If compared to Godfather, the Acharya movie has suppressed it by a huge margin.

Its Telugu version rocks while the Hindi dubbed version starts at a very low number. All the theatres are giving a good occupancy and are working almost to full capacity. There has been a huge craze for the film on social media also.

Chiranjeevi and Salman Khan starer Godfather movie was released on the box office friendly day Dussehra. As a character of Masoom Bhai, Salman Khan can be seen playing a cameo in the movie. This movie is an official remake of Lucifer (2019) which had Mohanlal in the lead role.

This movie is an official remake of the famous Lucifer, also made in South India. The director has a positive outlook on the possibility that the recreated version will be just as successful as the original. He is confident that the movie would be successful if they cast the proper actors in the roles.

As expected, The Legend Of Maula Jatt movie dominates national and international Cinema. Its hype has done something that the film analysts and critics were expecting.

This movie also broke another record that was previously held by Jawani Phir Nahi Ani 2 (JPNA 2). It has dethroned JPNA 2, which held a record for the most prominent overseas opening for any Pakistani film with a whopping collection of Rs. 2.2 crore PKR. The Legend Of Maula Jatt movie has just thrashed this record by collecting Rs. 4.9 Crore.

<p>If we talk about The Legend Of Maula Jatt collections in total. <strong>On its 1st day of release, this movie managed to collect a gross collection of Rs. 9.3 Crore.</strong> As announced, all the revenue generated from its opening day will be given to the flood victims of Pakistan. It’s a courageous decision from the filmmakers.

The Legend of Maula Jatt Collection

This film is gonna cross high numbers on its first Friday, Saturday, and Sunday. Fawad Khan And Mahira Khan’s this tremendous work is not facing any competition at the national level. So it will go high on its half and full holidays.

The Legend of Maula Jatt becomes the first ever Pakistani film to get over more than 420 overseas screens. It also became the first Pakistani movie released in Saudi Arabia. While Bilal Lashari’s directorial film is releasing in almost 30+ countries, unfortunately, The Legend of Maula Jatt is not releasing in India. Within Pakistan, this magnum opus movie was played on 138+ Screens. The Punjab region has overdosed with the craze of the film. According to our sources, All the 21 cinemas in Lahore were playing this film’s shows over and over.

It should note that The Legend of Maula Jatt budget is between 45 to 55 Crore, which makes it Pakistan’s highly budgeted film so far. The filmmakers have urged fans not to watch this via piracy. Watching this magnum opus at the theatres will encourage filmmakers to continue their tremendous work. It will also give a boost to Pakistani Cinema.

The film has taken a gigantic start at the box office. Film analysts expect this Lollywood movie to cross the 50 crore mark in its opening week.

As expected, Chiranjeevi and Slaman Khan starer Godfather movie collected 22 Crore INR on its 1st day. Konidela Production Company along with PVR Pictures are responsible for the distribution of the film within India. Paris Films will distribute the film globally.

The international theatrical rights to “The Godfather” was sold for 91 Crore Indian Rupees, according to reports from Indian media. The south Indian region’s theaters were almost filled after the film’s release.

It is expected that the movie will cross its 50 Crore mark on its 2nd day of release. Two things that can stop it from dominating the box office are its clash with Ghost movie and piracy. Pinkvilla just reported that the Godfather movie was leaked on Tamil rockers.

It is important to mention that the Godfather movie’s budget is around 100 Crore INR. The analysts believe that within a week or so, the movie will have collected enough money to cover its budget or production costs.

Movies story revolves around an MLA who has links with the underworld. In the movie, Bollywood actor Salma Khan can be seen playing a cameo.

The movie has received mixed reviews from critics, but it has been praised for its spectacular special effects and CGI. The critics have called it “visually stunning,” “a visual spectacle,” “fast-paced,” and “an exciting game changer,” and it has a lot of action sequences.

No comments to show.

@2022 - All Right Reserved. Designed and Developed by Ethnat.com

This website uses cookies to improve your experience. We'll assume you're ok with this, but you can opt-out if you wish. Accept Read More